What is 3D laser scanning?

The terrestrial 3D laser scanners are setup on a tripod and the laser head sends a laser beam out on a motorized systems which has a 360 degree vertical rotation. This laser head is also rotated by the scanner head in 360 degree horizontal. The coordinates where the laser beam hits on the object is calculated by either phase shift or time of flight methods (depending on the type of scanners), and the energy returned by the laser beam defines the intensity of that point on the object. The end product is 360 point cloud that consists of millions of points with x,y,z coordinates and the intensity value of that point. Depending on the model of the laser scanner, there may be an integrated camera option to capture r,g,b data on the point measured. If the pictures acquired with the scan, the resulting point cloud is a colored 3D point cloud and it has x,y,z coordinates, intensity information and the r,g,b color information. The point cloud surveyed with the terrestrial 3D laser scanners are called structured point cloud, meaning the position of the scanner according to the point cloud is known. 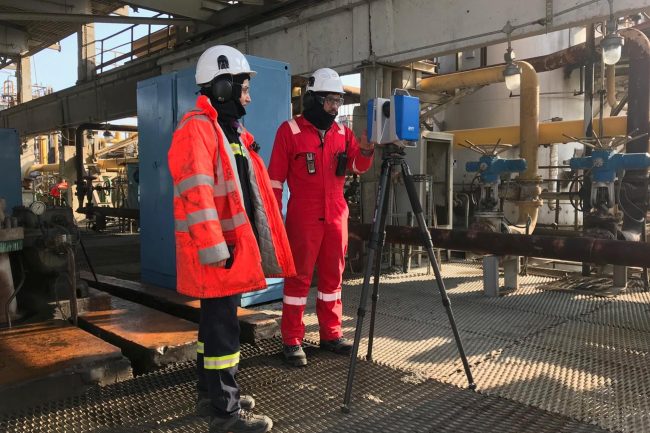 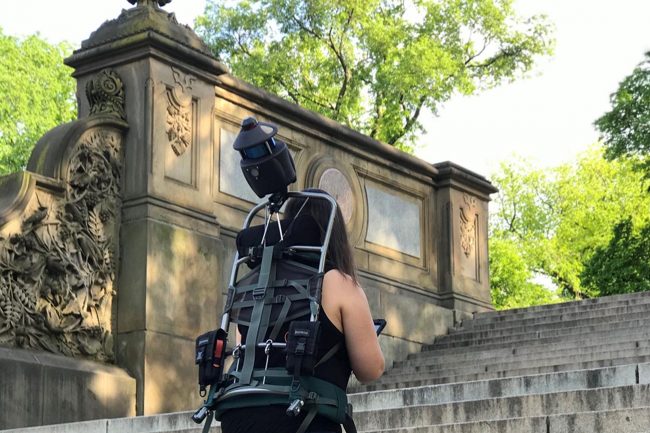 The handheld lidars and mobile scanners are capturing laser scan data while in motion. To solve the coordinate of the point, they either use SLAM algorithms or sensors like GPS, IMU and odometers. Scanners that are SLAM based are gaining a lot of attention now a days. Either handheld or vehicle based, SLAM based scanners have an accuracy in cm range but has the ability to cover larger sites in shorter scanning time. SLAM based scanners are a good option to cover large project areas that are indoors.

Airborne or vehicle based mobile mapping platforms are scanning the environment in a fixed number of arrays of laser and solve the position information from the sensors like GPS, IMU and odometers. Because they rely on GPS information for the position these platforms do not fit scanning projects indoors. They are designed to cover large areas outdoors.

Architectural asbuilt documentation is the basis of a renovation project. Having highly accurate and full 3D point cloud helps architects to design more accurately, and even helps them to work on the sites remotely. Either it is a office renovation project, or facade asbuilt documentation, 3D laser scanning is the fast and accurate way to go. With this data in hand, architects can also visualize their projects with various cloud based tools and services, so their clients can easily understand the design. We provide 3D laser scanning for office renovation projects, facade renovations, residential renovations, Scan to BIM projects, providing deliveries like;

Industrial plants are always changing. Having multiple contractors on site for revamp or expansion projects, leaves the plant operators with a huge problem of keeping track of their assets and an up to date site plan. Our industrial 3D scanning services helps plant operators to document their assets’ asbuilt data, helps engineering companies to make their designs on an up to date accurate data, helps EPCs and contractors to do the revamp or expansion projects with less change orders or clashes. Using 3D laser scan data as a collaboration tool among project parties in different parts of the world is also another great gain of this technology.

Send your mail at